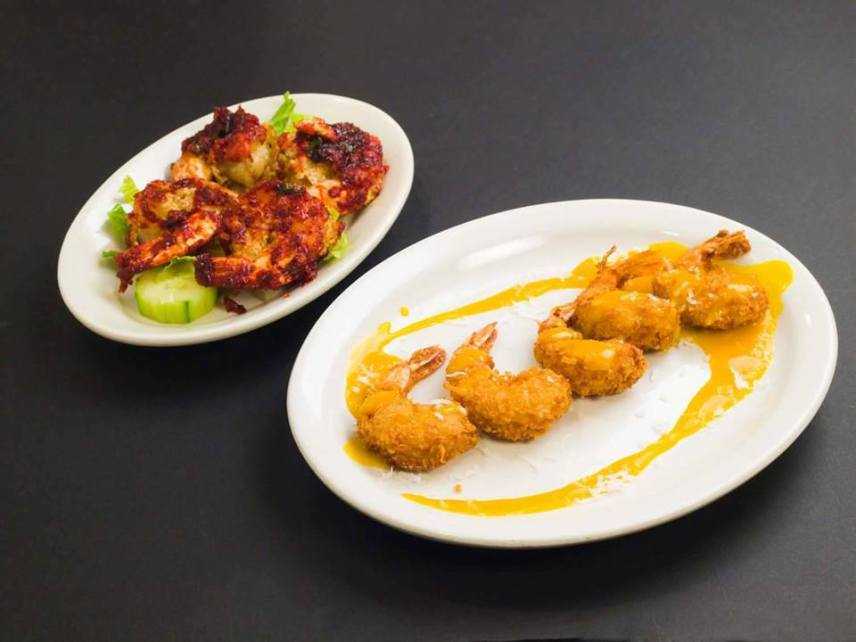 Some of the best restaurants are hiding out in strip malls. South Boulder backs us up on this claim. From Indian to Nepali cuisine, the southern section of Boulder has several ethnic restaurants that are favorites among locals and serve authentic cuisine from around the world. Many of these worldly restaurants also have special buffets for vegetarians or vegans. Here’s where to find international feasts in South Boulder.

Curry classics and modern Indian food share space on the menu at this Indian restaurant that’s tucked in the Table Mesa Shopping Center. Tandoori Grill plays host a popular lunch buffet every day from 11:30 a.m. to 2:30 p.m. For dinner, start with calamari that’s seasoned in chickpea batter or a kabob sampler with chicken tikka, ginger chicken and lamb. Then, move on to chicken masala or lamb korma.

Menu stand-out: The variety of naan breads is a guest favorite. For $2 you can get a traditional order of the puffy Indian flatbread. But, Tandoori has several more, including garlic naan that’s topped with fresh garlic and cilantro; feta naan that’s served with feta cheese and green olives; and a kabali naan that’s a sweet bread baked with ground cherries, cashews and coconut. 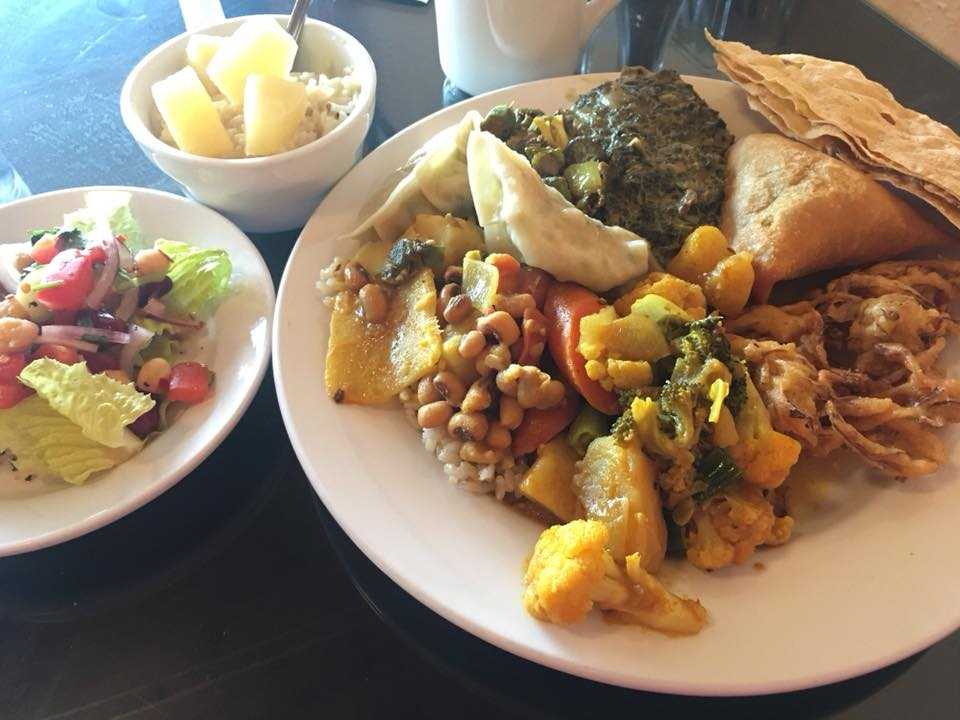 Nepal Cuisine opened in Boulder in 2007 by restaurateurs who are originally from Nepal. Chef Ratna Shrestha is inspired by her father, who ran restaurants in Kathmandu, Nepal, for more than 35 years. What we’re getting at: This place is remarkably authentic. For those on plant-based diets, Nepal Cuisine has several menu options for you, from appetizers like vegetable samosas (think: deep-fried pastry stuffed with spiced potatoes and peas) to steamed vegetable dumplings stuffed with minced carrots, cabbage and onions and then served tomato achaar. The restaurant also does a vegan buffet each Monday from 11 a.m. to 3 p.m., featuring vegan appetizers, entrees and salads.

Menu standout: A favorite here is the chili chicken, which is stir-fried chicken with green peppers, onions, tomato and chili and has a spicy kick. 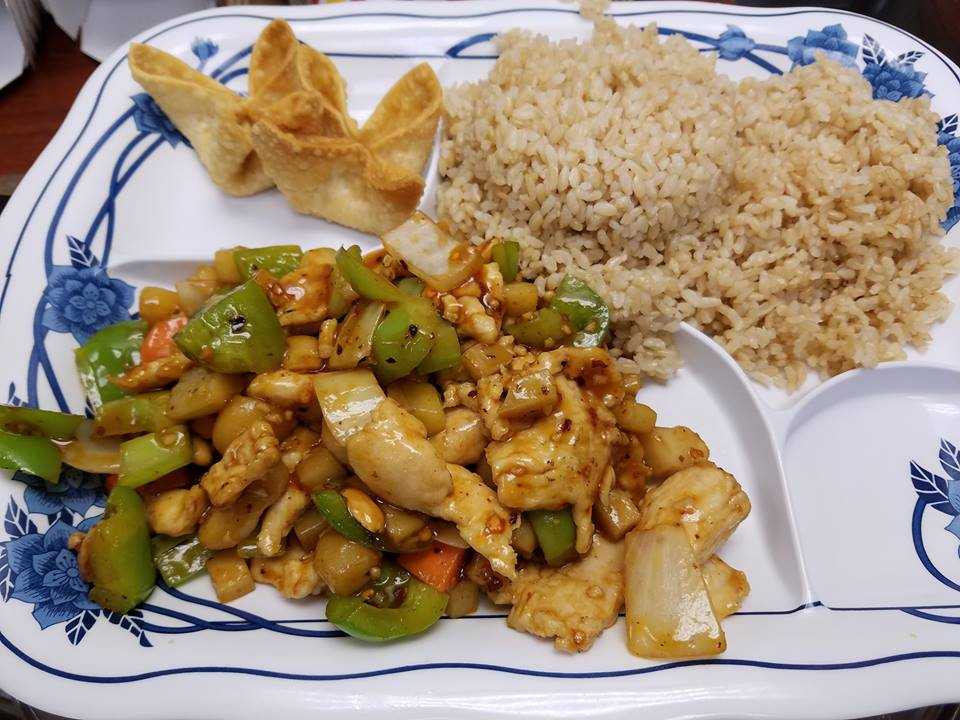 Find your Asian favorites at Tsing Tao Asian Kitchen, which is in the Table Mesa Shopping Center. The menus is expansive, with both vegetarian and vegan sections, along with dozens of chicken, meat and seafood entrees. Plus, Tsing Tao serves noodle dishes and a few different curries, including a peanut one: panang made with coconut milk and a spicy green curry with peppers onions and basil. The restaurant does a daily lunch buffet, plus vegan buffets on Monday and Thursday nights.

Menu standout: Hungry? Turn your attention to the Tsing Tao Combo Dinner, which is served with egg rolls, crab wontons and fantail shrimp, plus a choice of soup and your choice of about 20 entrees running the gamut from sweet and sour chicken to kung pao shrimp.

You don’t have to choose between Thai, Chinese or Vietnamese food at this restaurant that offers menus with all three cuisines. May Wah also has 10 different phos on the menu, which is a perfect dish on a winter day or after Colorado serves up a spring snowstorm.  Of course, on warmer days, save room for green tea ice cream for dessert.

Menu standout: Love spice? Think you can handle the red curry with shrimp? It gets two of the restaurant’s pepper icons as a warning sign. The spicy shrimp dish is made with tomatoes, potatoes, bamboo shoots, onions, bell peppers in the hot curry and some peanuts sprinkled on top.

The Taj has been around Boulder for more than 20 years and is a local favorite for Indian food. The restaurant has daily buffets, as well as a big menu that includes vegetarian dishes, bread baked in the clay tandoor oven, coconut curry and tikka masala. The Taj is also a great place to get chicken momo, either steamed or seared. These Tibetan dumplings are served with tomato chutney for dipping.

Menu standout: Arguably the most popular dish at Indian restaurants is Chicken Makhani, aka “butter chicken.” The sauce is made by patiently simmering chopped tomatoes with butter, paprika and chilies and then topping it with cream. 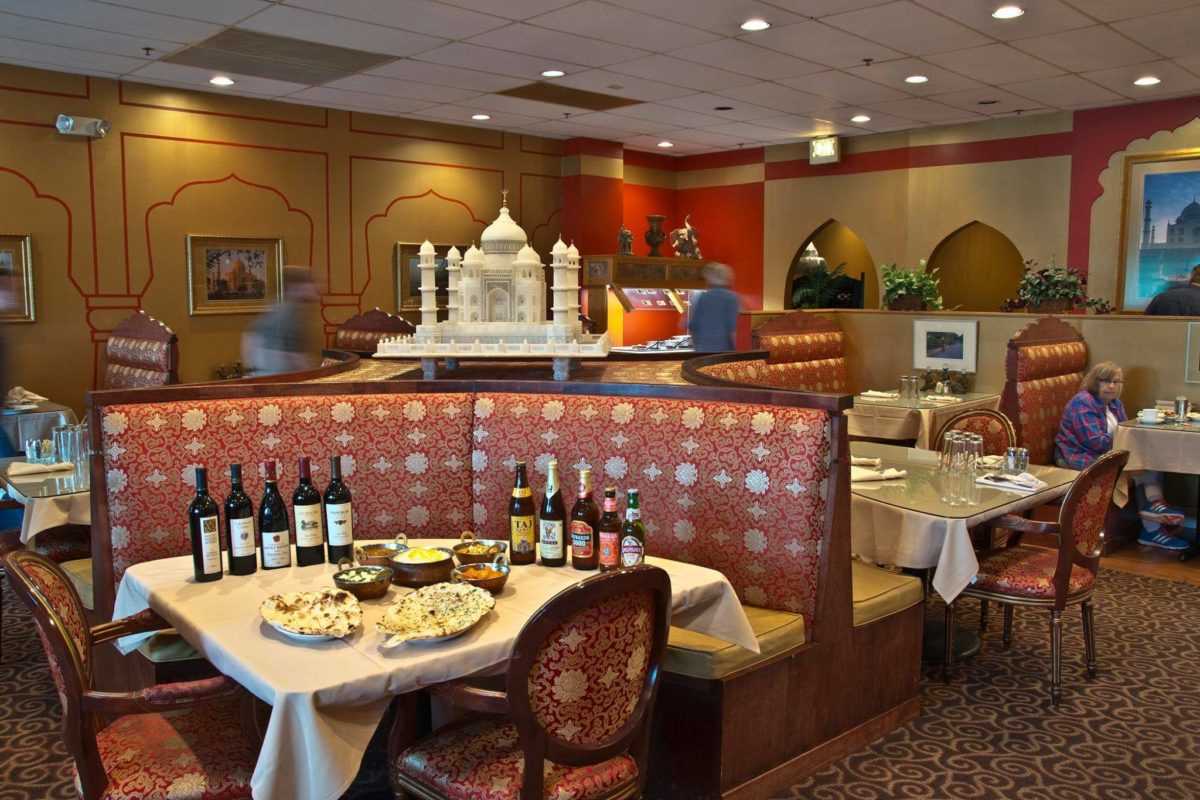 For fine Indian dining, head just outside of Boulder to neighboring Louisville for a meal at Taj Mahal III.  Dishes are baked in a clay oven over mesquite charcoal and after marinating in yogurt, garlic, ginger, herbs and other spices. The restaurant does a lunch buffet every day from 11 a.m. to 2:30 p.m.

Menu standout: Biryanis, which are made with basmati rice from India, cooked with meat or veggies and spiced with saffron. Try it with raita (an Indian yogurt) on the side.