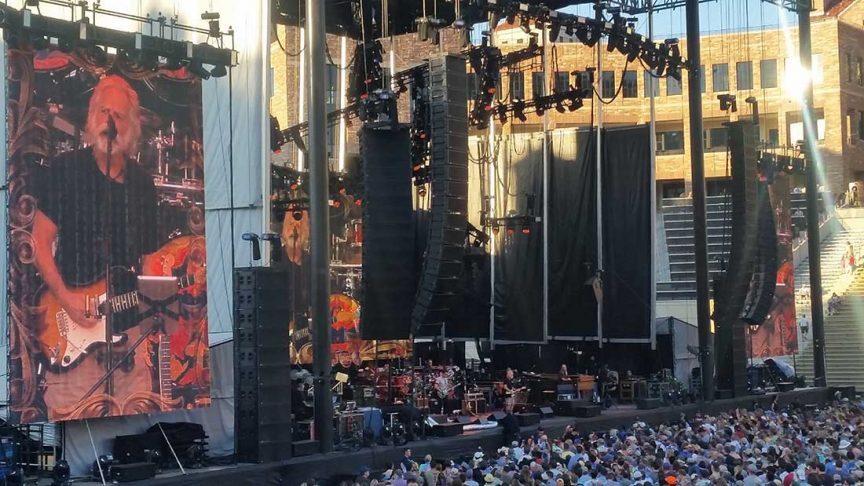 Live music is great. The Colorado outdoors are great. Put them together and it’s even better.

On many summer evenings, the Pearl Street Mall transforms into an outdoor stage, and so do many of Boulder County’s parks. Even Folsom Field on the University of Colorado campus hosts musicians on occasion (like the recent Dead & Company show). Boulder’s food truck park, the Rayback Collective, also regularly brings live music to its indoor-outdoor space. Boulder’s small bandshell in Central Park is often alive with music.

Not far from Boulder, you can find other popular outdoor stages. There’s the Planet Bluegrass Ranch in Lyons, bumped against the St. Vain River. And of course, there’s the Red Rocks Amphitheatre in Morrison, an acoustically perfect stage carved into 70-million-year-old red sandstone rock formations.

Head north if you want to watch live music in the Poudre Canyon at Mishawaka Amphitheatre, just outside of Fort Collins, or on the water at Loveland’s Foote Lagoon Concert Series, running all summer.

If you want your live music served up with a side of the stars in Boulder County, here’s where to go. 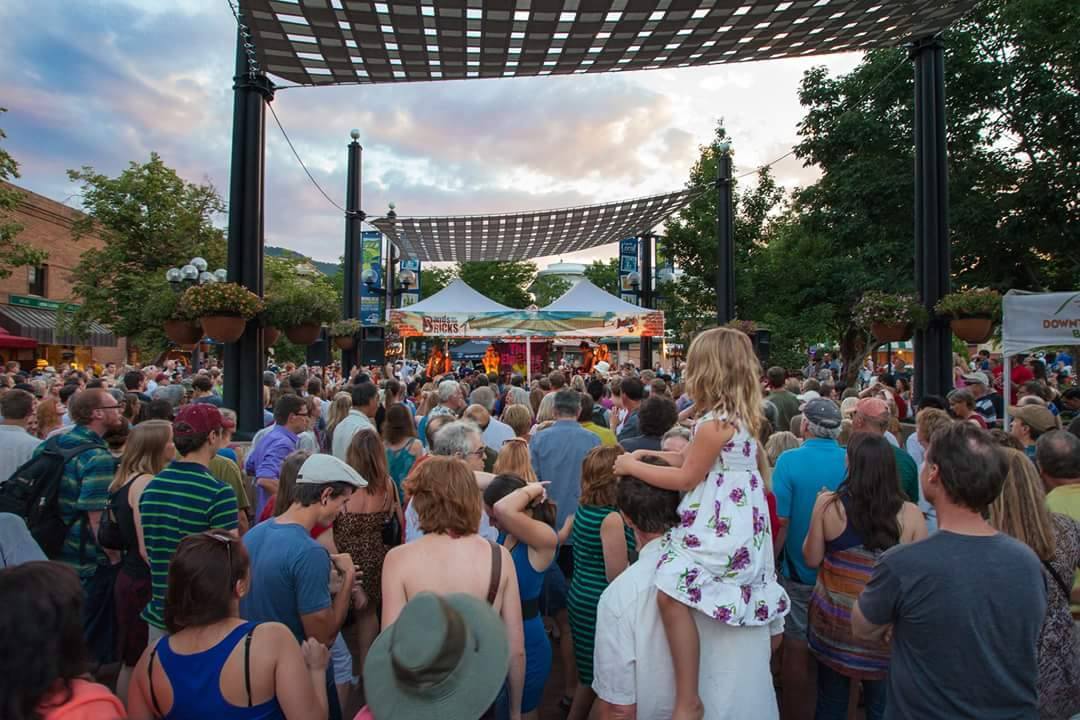 Band on the Bricks. Photo by McDevitt Taco Supply

Band on the Bricks

Head to downtown Boulder on the Pearl Street Mall every Wednesday through the summer for Band on the Bricks. This free, family-friendly summer concert series features local musicians starting at 6 p.m. Come early to grab a drink (beer, wine or a marg) at the beer garden. Band on the Bricks has been rocking Boulder for more than 20 years.

In the past, musical highlights have included Chris Daniels and the Kings with Freddi Gowdy, Hazel Miller Band and the Quemando Salsa Band. 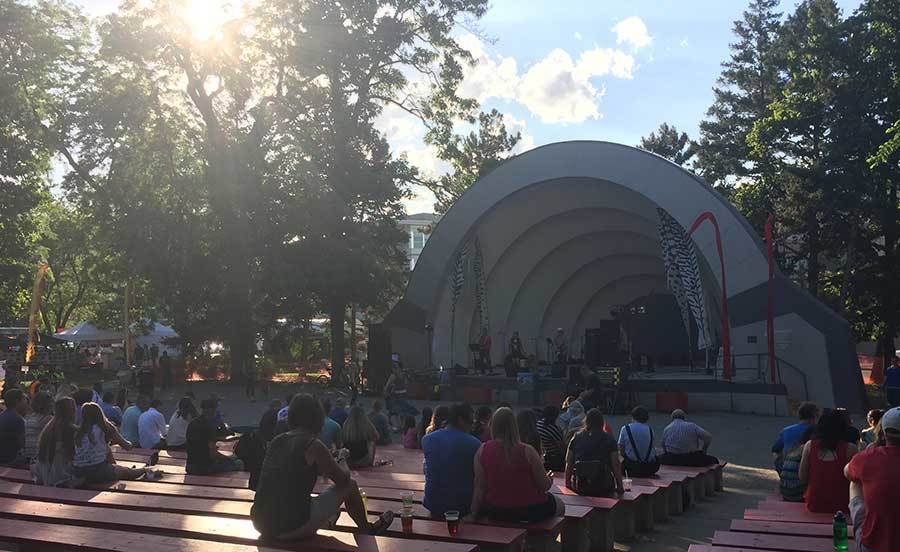 Boulder Concerts in the Park

Summertime in Boulder means free music in the park, thanks to the all-volunteer Boulder Concert Band and the Parks and Recreation Department. The band brings a variety of musical styles to Boulder’s beautiful parks. Pack a picnic. The Concerts in the Park show starts at 7 p.m.

Just outside of Boulder, the small, charming town of Niwot does its summer concert series big. This outdoor music gathering won the Governor’s Award for Downtown Excellence for Best Promotional Event. It’s a pretty big deal.

Past performers have included Girls On Top, The Goonies, Something Underground and the Rebecca Folsom Band.

Longmont, northeast of Boulder, offers all kinds of free outdoor concerts during the summer. Here are a few: 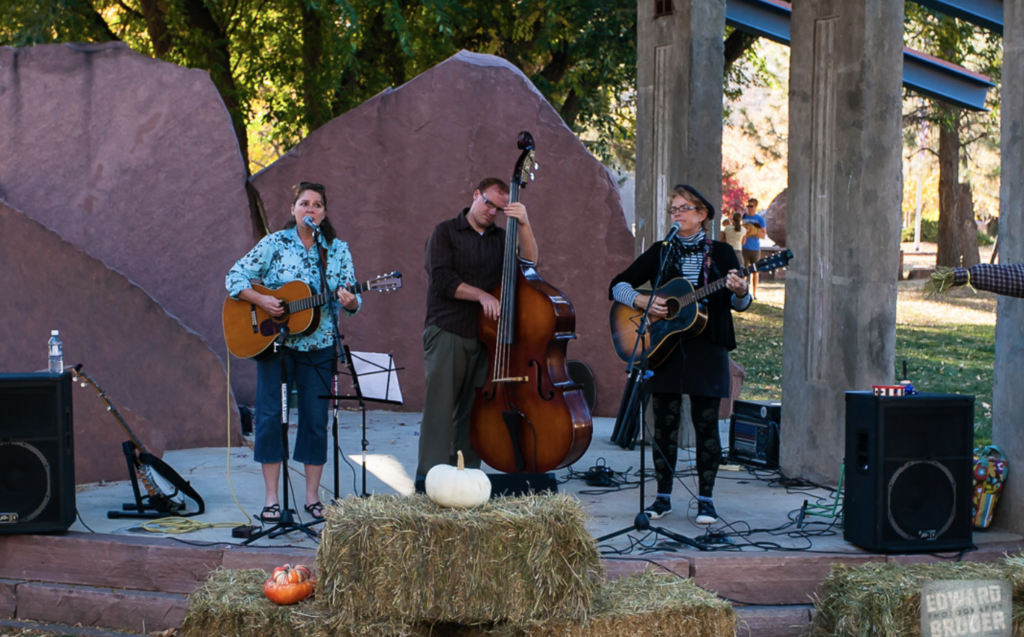 Lyons is known for its music festivals, but it also features a free summer concert series that runs Thursday evenings. Hear live music at the annual series, on the Raul Vasquez Community Stage at Sandstone Park on Broadway and Third Avenue.

Musical highlights have included Bonnie and the Clydes.

Music fills the streets of downtown Louisville Friday evenings in the summer, during its free, family-friendly Street Faire. Find the stage at the Steinbaugh Pavilion, 824 Front St. Past performers have included MarchFourth. The jams start at 6:30 p.m. and run until 9ish.

Other Local Events With Outdoor Music